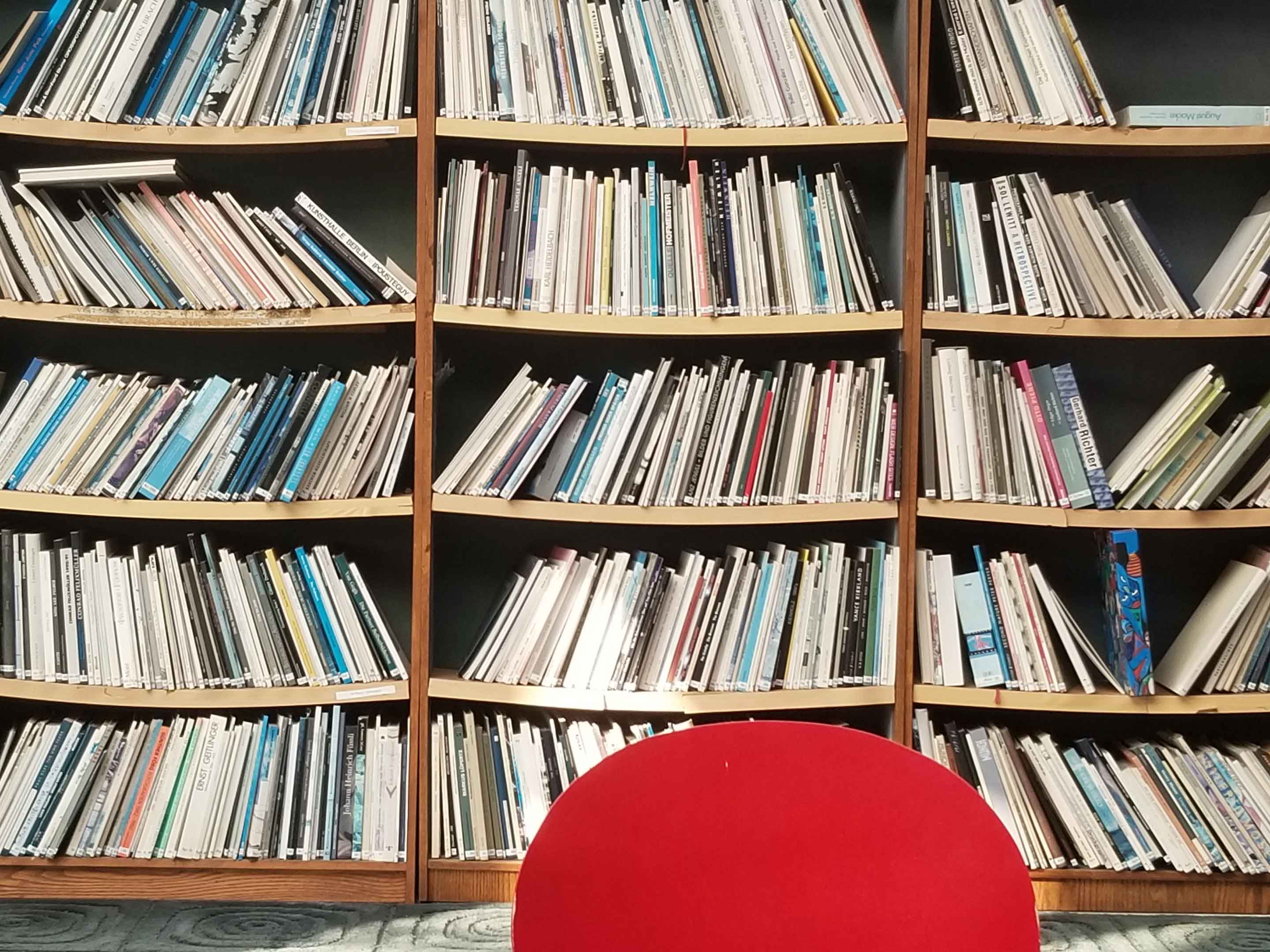 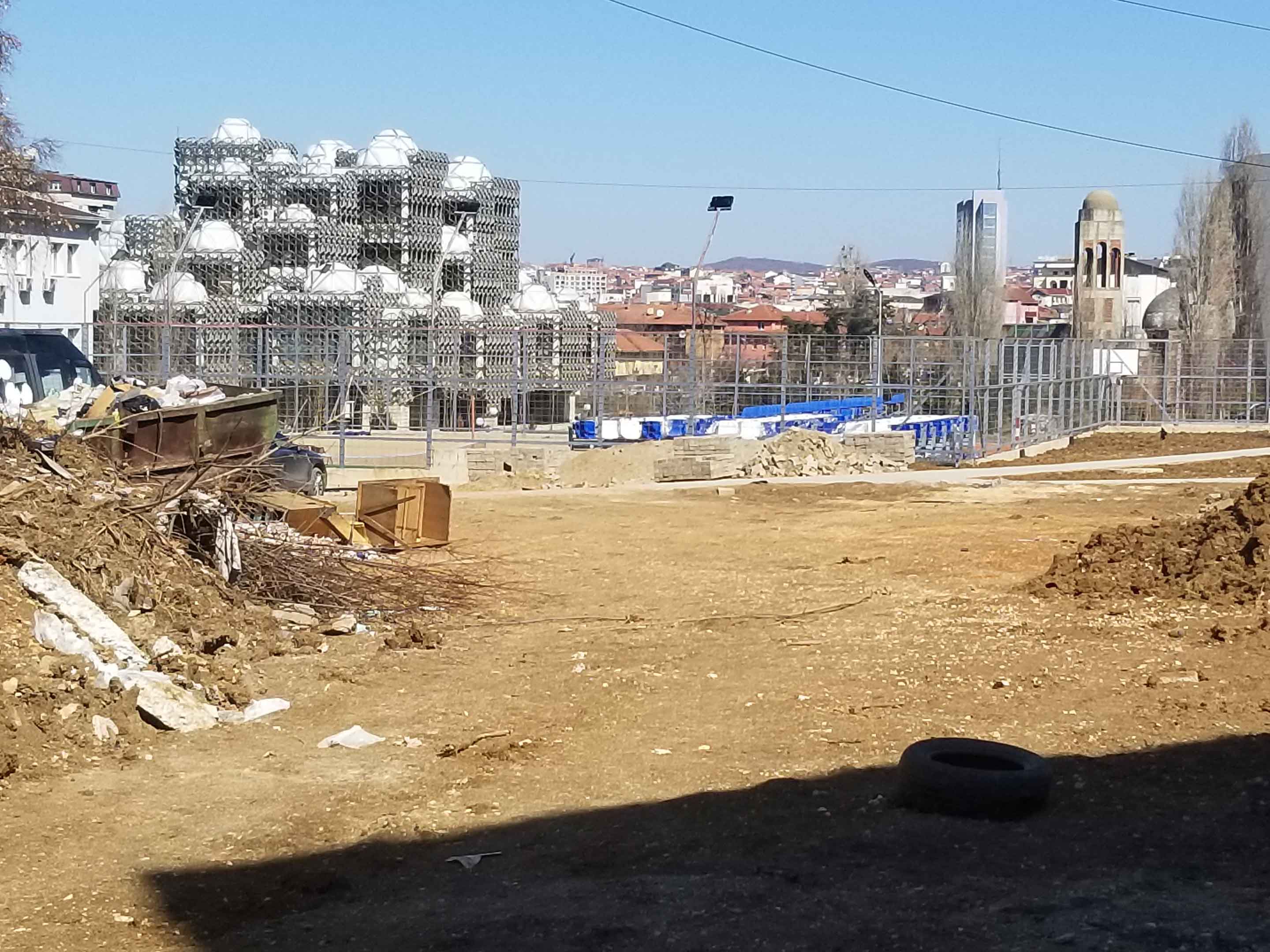 Workshop on Methods of Political Metaphorology, University of Innsbruck, October 20 and 21, 2022 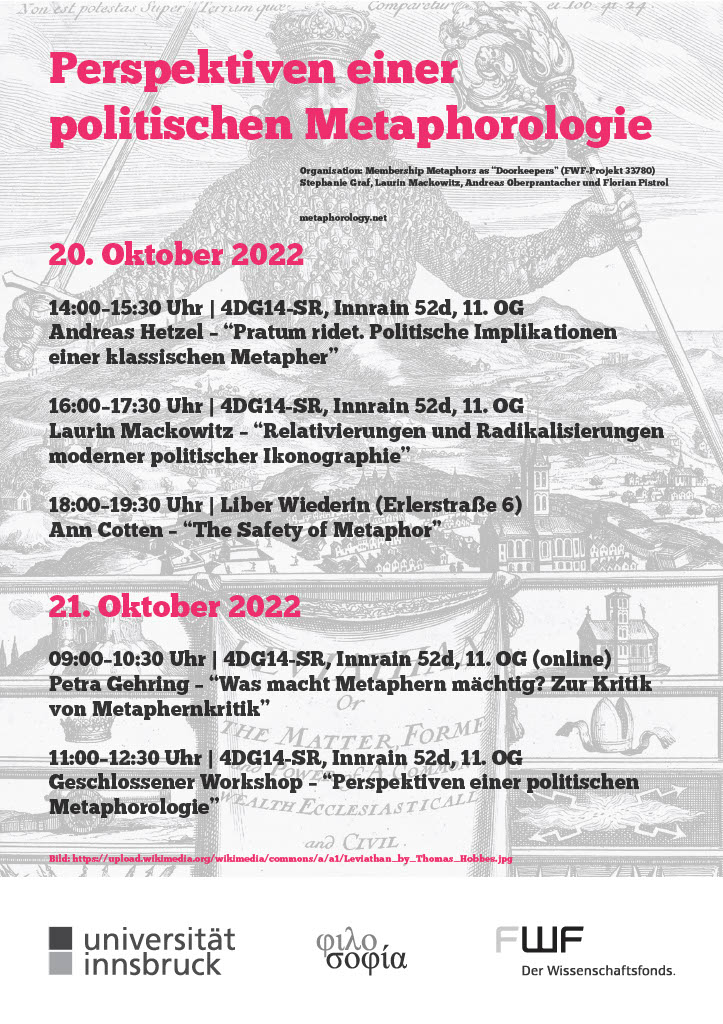 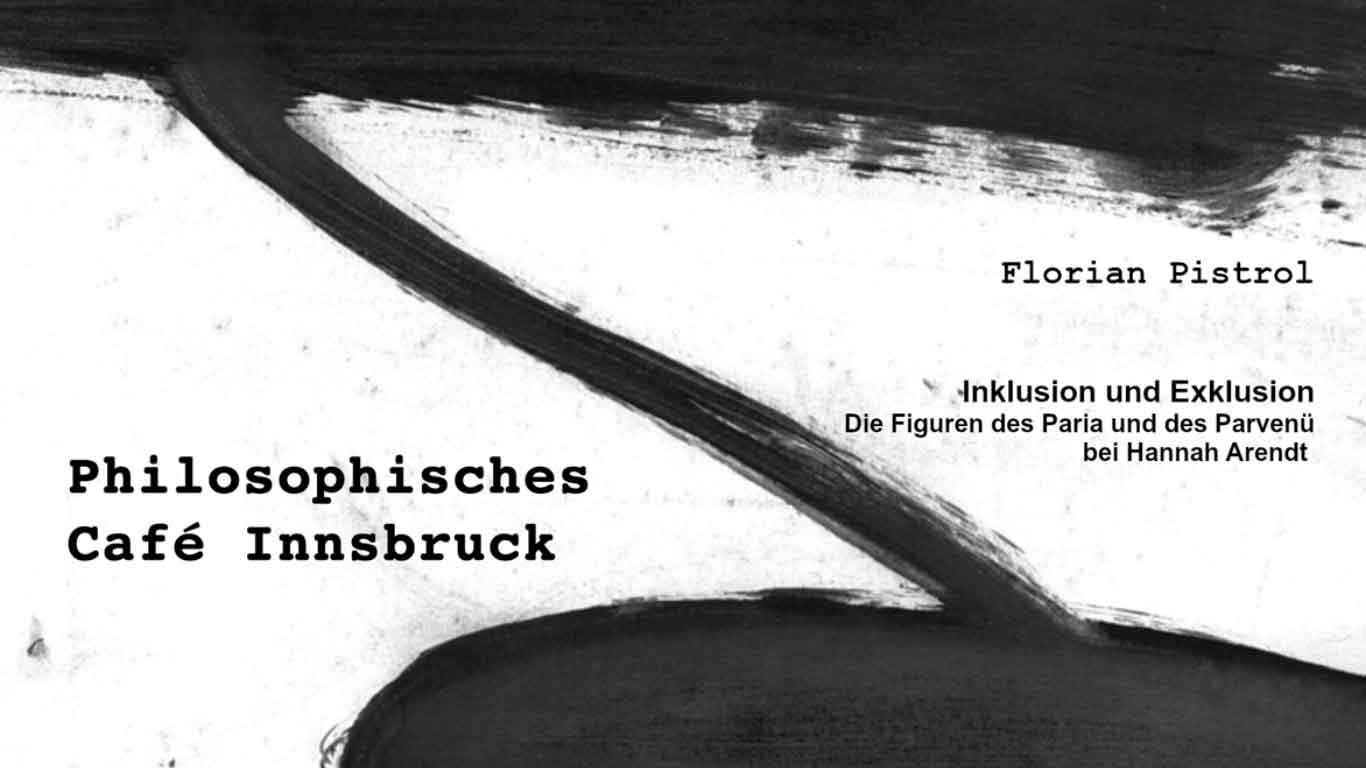 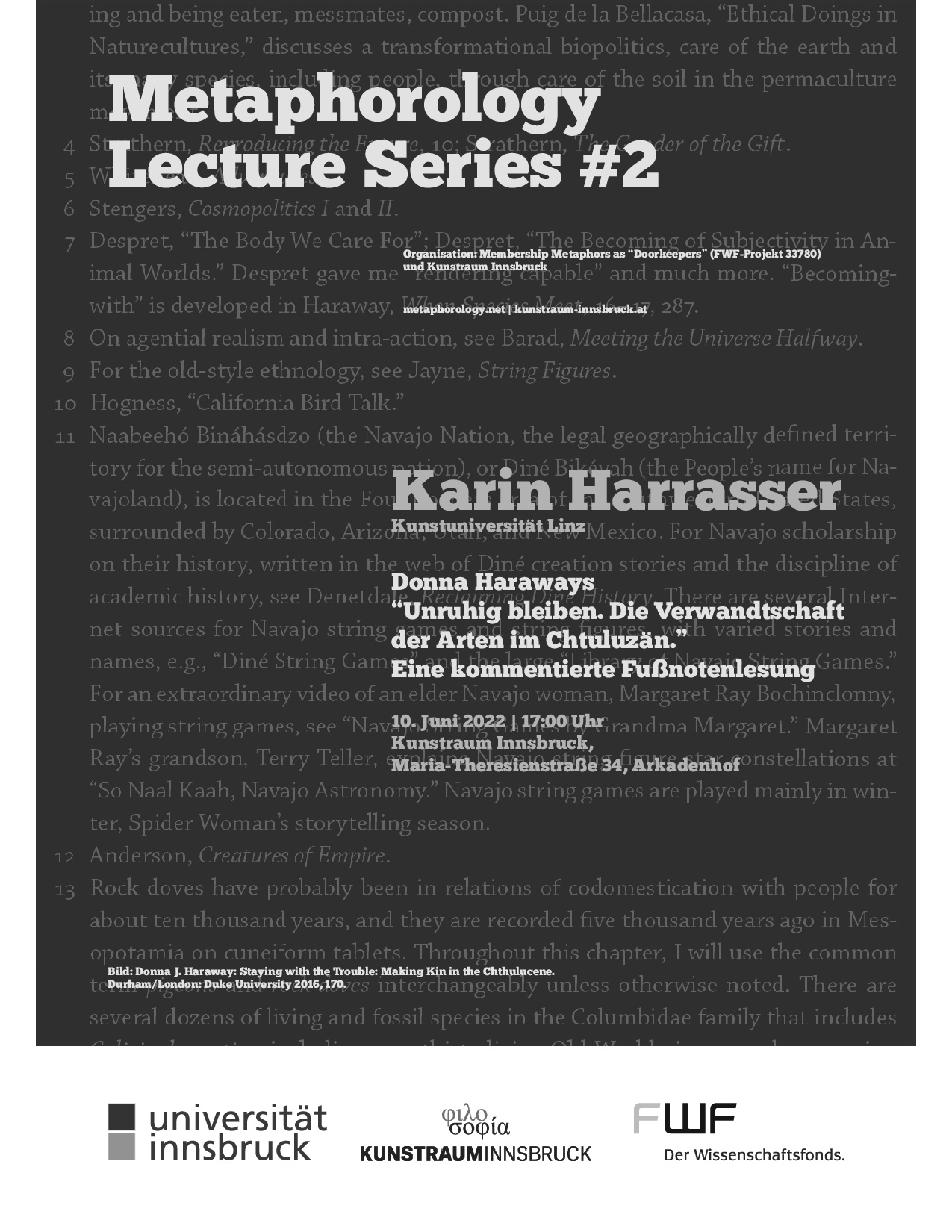 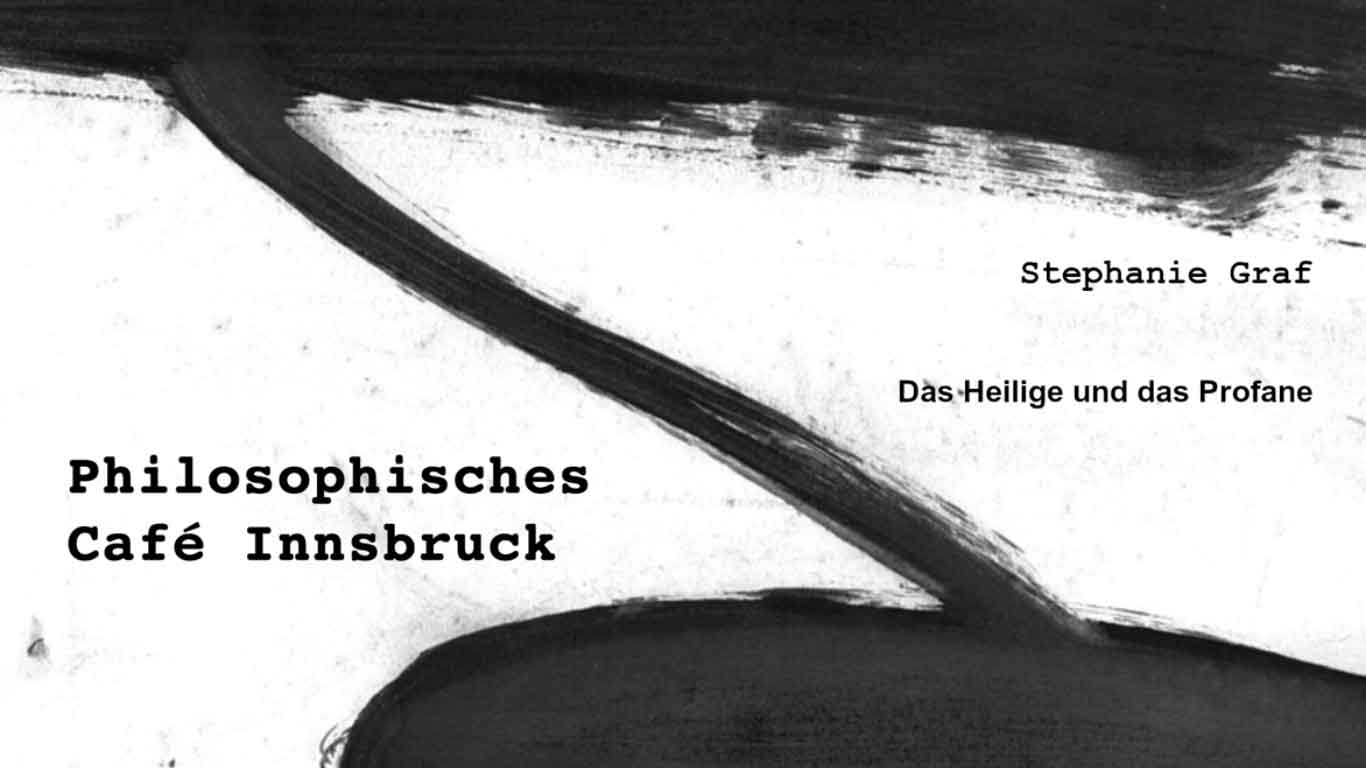 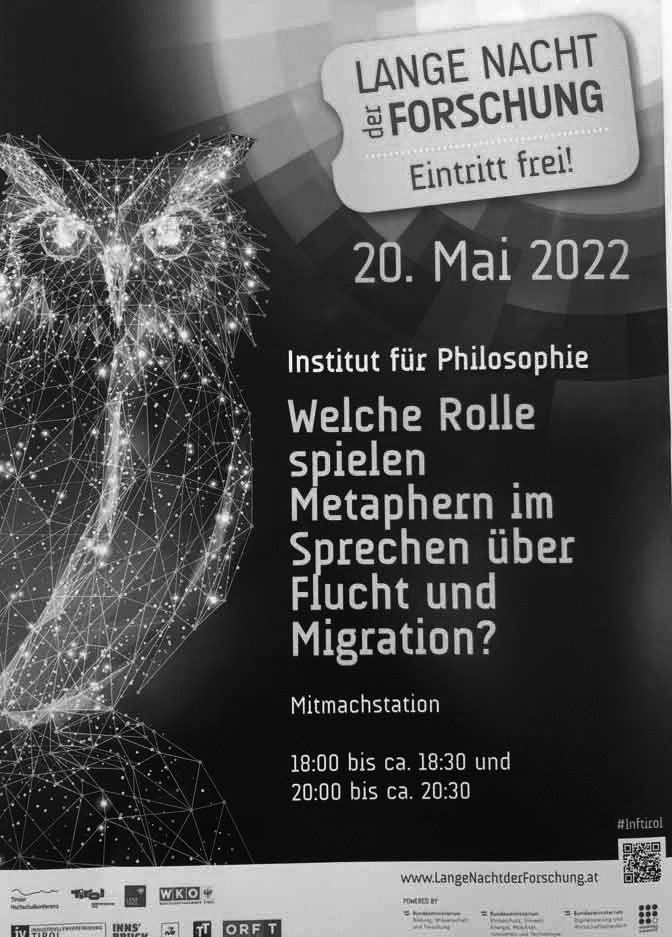 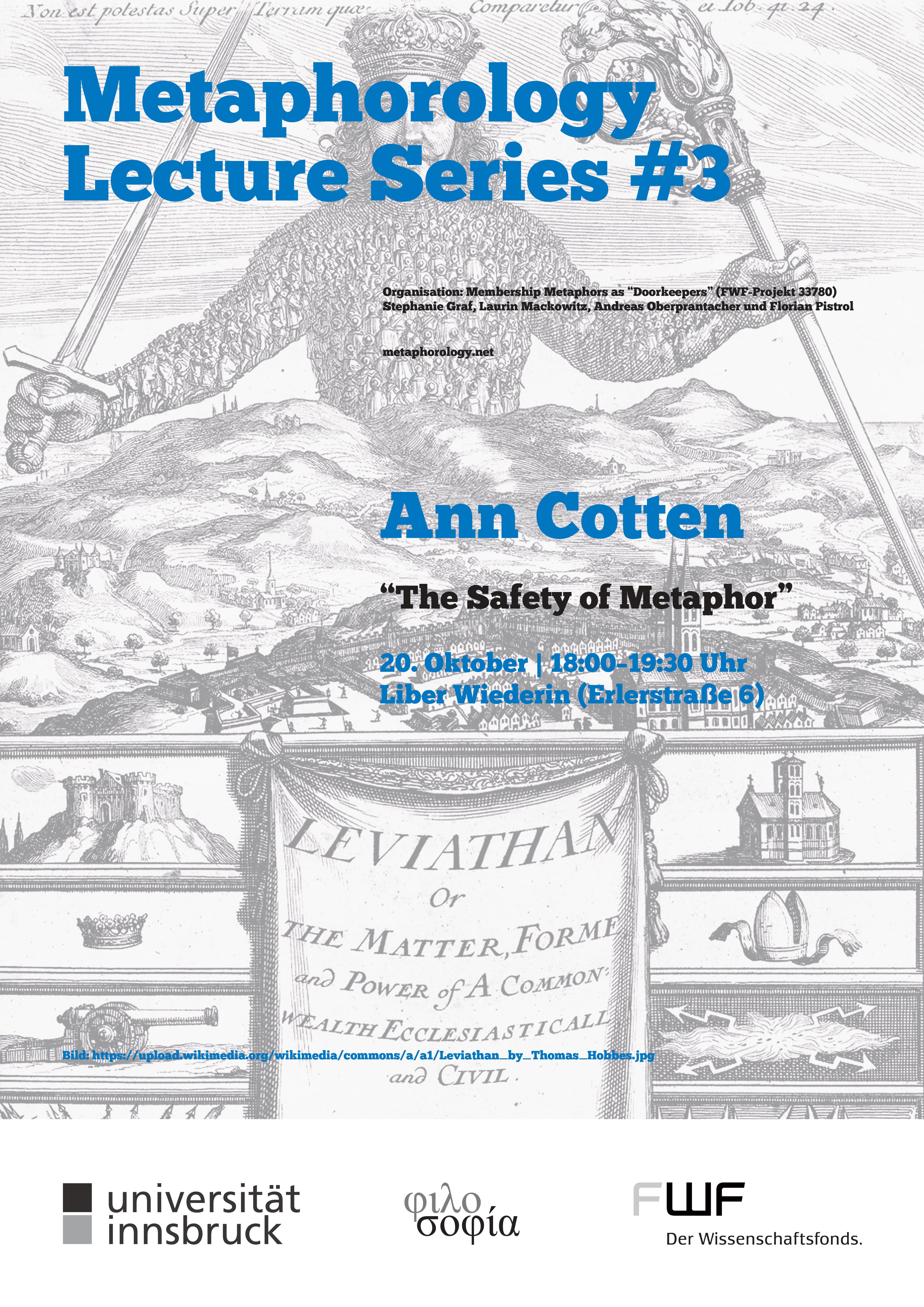 Few topics are as fiercely debated these days as migration and refugees, not least in philosophy. The inclusion or exclusion of “non-citizens,” the conditions and limitations of cosmopolitan rights in a bordered world, and hospitality and asylum are all under discussion. Opinions on these matters differ considerably, and it is not uncommon for thinkers to arrive at conclusions that are diametrically opposed.

This diversity of opinion notwithstanding, there is one feature virtually all approaches to migration and refugees share: They make extensive use of metaphors and analogies. Indeed, it is not unusual for the state to be described as a “club,” a “family,” or even a “living room”; the desire to become a member of a community is sometimes compared with a “marriage proposal”; and some thinkers even draw an analogy to the right to “abortion” when arguing in favor of deportations.

Surprisingly, this use of metaphors and analogies has so far received only little scholarly attention. The research project Membership Metaphors as “Doorkeepers,” which is based at the University of Innsbruck and the University of Graz (national research partner) addresses this lacuna.

Our main objectives are (1) to document which metaphors and analogies philosophical texts on migration and refugees use, (2) to analyze how these metaphors and analogies bear on the arguments advanced, (3) to investigate what political and economic interests they reflect, and (4) to explore the interplay between academia and public discourse.

As for methodology, we draw on the various strands within the philosophy of metaphor to develop a critical metaphorology of philosophical discourses on migration and refugees. Building a database and conducting in-depth analyses of pertinent texts, we seek to clarify if and to what extent metaphors function as “doorkeepers” that structure philosophical reflection and argumentation. Our contention is that metaphors and analogies play a pivotal role in our understanding of migration and refugees – and that their problematization helps us conceive of these controversial issues in a new way.

We work on methods of political metaphorology.

We are a collective of researchers based in Innsbruck, Graz and Vienna: Andreas Oberprantacher, Laurin Mackowitz, Stephanie Graf und Florian Pistrol.

Having grown up around a variety of borders (especially national and linguistic, but also social borders), it comes as no surprise that over the years of my academic education and interest in philosophy I started to specialize in the philosophical research of borders as dispositifs of distinction but also as sites of contestation and as chances of rethinking relations. As a philosopher by profession that still thinks that philosophy should retain its “amatorial” passion, I am strongly inclined toward ways of thinking that are informed by phenomenology, genealogy and, lately, metaphorology, but also by area studies ranging from critical border studies to human–animal studies. Apart from teaching interrelated philosophical subjects such as political and social philosophy, aesthetics and philosophy of art or philosophy of media and technology, I am also involved in the field of peace and conflict studies, where, over the past few years, I had the opportunity to be a Visiting Professor in different world regions. In the context of the research project Membership Metaphors as “Doorkeepers,” it is my aim to reframe some of the philosophical discourses on migration and refugees by developing a metaphorological perspective on the lines of argumentation used. And besides that, I am also very much interested in advancing metaphorology as a philosophical research method. 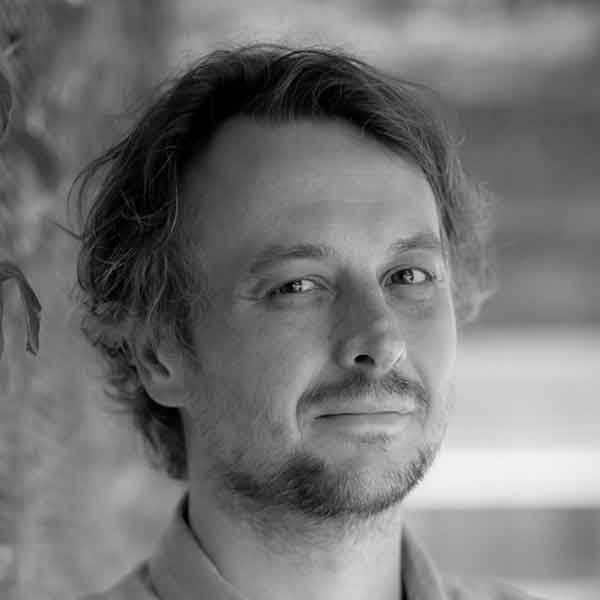 I am currently employed as a university assistant at the working unit of political philosophy at the Institute for Philosophy at the University of Graz. I teach courses on classical and contemporary social and political philosophy, dealing with questions of poverty, affluence, liberalism, political aesthetics, collective identities, biopolitics, migration, and feminism. I co-host the podcast Voices in Political Philosophy, which presents interviews with political theorists, philosophers, and activists. After I received my doctorate in 2017 with a dissertation on political interpretations of the biblical Exodus myth from the Institute of Philosophy at the University of Innsbruck, I worked for a year at the Wirth Institute for Austrian and Central European Studies at the University of Alberta. My research focuses on the imagination, stabilization, and transgression of collective identities. I am particularly interested in the question of how language and culture facilitate processes of subjectivation. 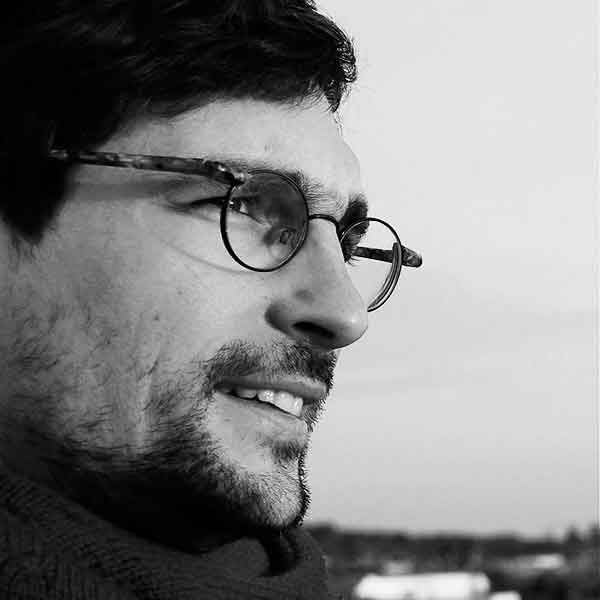 My research focuses primarily on the critical theory of society and culture, with a strong emphasis on Theodor W. Adorno and Walter Benjamin. I am particularly interested in secularization, which I think of as a transitional process that allows a continuous translation of religious concepts into social and political ones and at the same time opens up a whole range of possibilities for the formation of new systems of meaning. Language and its interaction with society are at the center of this concern of mine. Having lived for several years in Mexico and Israel, I came upon the problem of the border in more than one sense. Indeed, the border between Mexico and the United States often functions as a paradigm in the discourse on migration and refugees. Before turning to philosophy in 2015, I did some work on the political economy of border industries and the processes of subjectivation that take place within the context of these spaces of transition. Besides that, my main areas of research include memory and genocide studies, studies in racism and antisemitism, German-Jewish thought, and political theology. Within the project Membership Metaphors as “Doorkeepers,” I will pair my theoretical interest in the non-conceptual dimension of language (as it manifests itself in metaphor) with a critical perspective on structures of exclusion and inclusion (as they are reflected in philosophical and literary discourse). 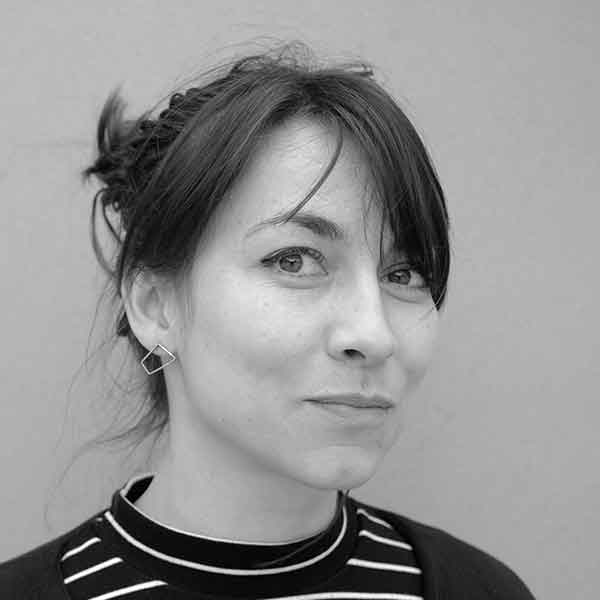 I studied philosophy and journalism and communication studies at the University of Vienna, and was fortunate to spend half a year in Bergen, Norway, while doing so. Starting out as an avid reader of phenomenology, my focus has changed somewhat in recent years. I am now especially interested in political philosophy, with a strong emphasis on protest and resistance, recognition and subjectivation, and theories of democracy. In addition, I have become keen about the philosophy of language and, in particular, testimony, not only as a source of knowledge but as an ethico-political practice. After a stint in journalism and numerous minor jobs as a proofreader and translator, I am excited to be a part of the research project Membership Metaphors as “Doorkeepers.” It affords me the opportunity to combine my interest in the philosophy of language with my passion for political philosophy. 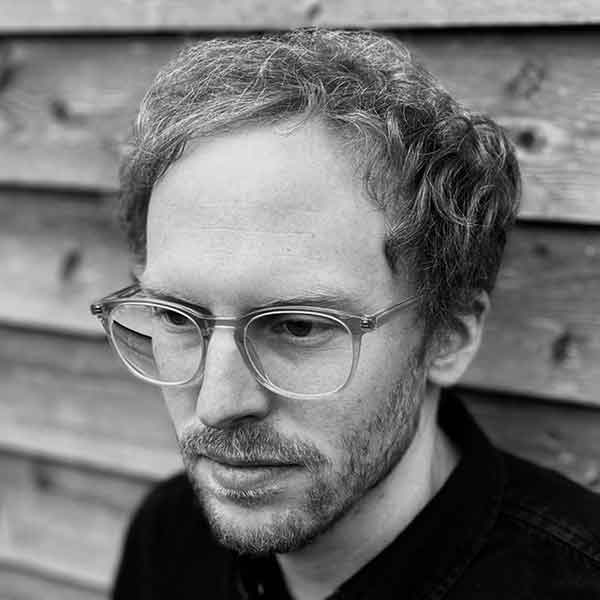 We are looking for scientific advisors.